Since internet and businesses online appeared, retailers started to sell less, and online stores like Amazon started to sell more. Many people prefer buying things through the internet because they don’t even have to leave their houses as they send it right at their home. On this article, I am going to write about this online business and stores and explain how they work and why they are that successful. 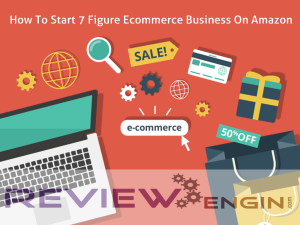 The market value of e-commerce

Retailers have realized that they could sell so much more if they created an online store of their brand. Due to that, many of them have done it and that actually worked, making them increase the number of the products sold, but yet, none of the tops, or even come close to Amazon’s. At the moment, Amazon is the biggest online store in the world and any other one seems to come close to top it or reach it.

The Amazon business model was based on a simple rule, the 80/20 rule. They focused on distributing the 80%. The term that is used in marketing is Long Tail. That means that they focused on selling those products that don’t have lots of demand. That is totally opposite to retailers because they focus on selling stuff that people are supposed to buy more, according to common sense. The Long Tail wasn’t supposed to be on the shelves of retailers, not because they don’t want to, but due to lack of space and the huge financial effort, they would have to make. Because of that, Amazon decided to put into practice this rule and focus on products that are less demanded. At the end, it worked just great for them because if you put all of those small sells together, they are 20% more than what retailers normally sell, which is totally excellent.
Besides this amazing technique that made Amazon that successful, there are other factors that influenced on that, such as good service. This includes personalization and upselling, which causes that every customer has right at their home-page the things Amazon knows they will like, producing a considerable increase in sales.Good service also includes how easy, quick and effective it is to buy things on Amazon. One of the things they are good at is caring and worrying about their customers. Anyone who has bought anything there will say how pleased they were while doing the whole process.

Concluding, as technology progresses, many things are going to change, and commerce and marketing are not going to be an exception. Online stores like Amazon knew how to apply techniques that made them be the biggest online store in the world, making the retailers drop their sales, which forced them to adapt to the modern ways of buying things. I hope you enjoyed reading this article and it helped you understand how the advance of technology influences on the commerce of the whole world and teach you how does Amazon work and why they are as successful as they currently are.
If you want to build a 7 figure eCommerce Business On Amazon, Check out 7 Figure Cycle.