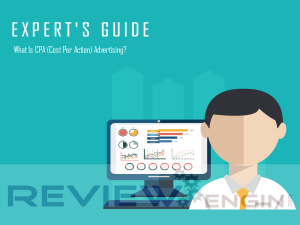 CPA is an abbreviation of Cost Per Action. As the name suggests that this is an advertising technique in which the advertiser pays for his ad only when the viewer of the ad takes any action on that ad. Now it is up to the advertiser that which action he wants his viewer to perform on the ad. For example, advertiser wants to sell his product so if the viewer of the ad buys the product while viewing his ad then an action will be performed on the ad and advertiser will be charged according to the agreement. Pay per Action i-e PPA is also another name of this technique. Some people confuse Cost Per Action with Cost Per Acquisition which is totally wrong because not every action is acquired.

CPA consists of several types. Some of them are discussed below:

There are many more actions which can be performed in CPA. These actions are different for every advertiser and depend upon the goals and objectives of the advertiser.
Moreover, there are some advertisers which are selling products online to their viewers. They set the cost of CPA according to the products that are sold. For example, there is an advertiser which is selling refrigerators and other electrical items. If a viewer buys refrigerator online then the advertiser will pay more amount. If a viewer buys a small electrical item like iron or kettle than he will be charged less.

Measuring the Cost Per Action:

Cost Per Action advertising is usually used by associates because associates work with some company. Associates like CPA advertising because in CPA for every action performed by the viewer company will give a handsome amount to the associates. The action that is to be performed is decided between the company and associate. In this way, the company can get many leads which will provide them with promising customers in future.